Our flock competition, was held in the Autumn of 2021. Held every four years, it is an opportunity for everyone to participate, no matter how many sheep you have or where you’re located on the British mainland.
​
The competition is divided into four categories: Smallholder, Small, Medium and Large flocks.

Results for the 2021 Flock Competition (held every 4 years)

Every four years the Society holds its Flock Competition, open to all Flocks within the UK. This year, Mr Richard Price and his wife Celia travelled the length and breadth of the Country to judge. We must give our huge gratitude to both Richard and Celia for the time spent travelling and viewing the Flocks.

RESULTS FOR THE 2017 FLOCK COMPETITION (held every 4 years)

​Award for Best Ram Lamb
1st R.Vincent & D.Searle (Pixie)
The Flock Competition is now a firm date every 4 years, making 2017 an “Olympic” year for the Clun Forest Sheep Breeders Society. This ‘Olympic’ format is proving to be very successful with the number of breeders entering up by 25% from 2013  by 4 to  22 entries.

The Competition was judged by Brian & Ann Davies (Honddu Flock) who are experienced judges and successful show competitors. They travelled 2456 miles across the UK over several weeks; going as far North as Aberdeen to judge Callum Lumsden’s Flock and South to Caroline Solly’s Flock in Rye, East Sussex. They journeyed the breadth of the Country; to the West to see Gary Phillip’s Flock in Carmarthenshire and as to the East to Hertfordshire to Del Knowles. They also sponsored a prize for the ‘Best Homebred Ram Lamb.
The judges were very impressed with the standard of the stock, and particularly the enthusiasm of the young breeders, Kiera Newey, Hannah Mason, Wayne Davies (Grandson of Ted Griffiths, Menutton) and Callum Lumsden (Grandson of Lewis Beddie, Easter Beltie). Competition was keen in all classes. However, the first 6 flocks in the Small Flock and Medium Flock classes were especially close.

They used the following format (maximum 100 marks) to score each flock:
Breed Type (30 Marks) -the sheep were assessed against the required breed characteristics for Clun Forest Sheep
Flock Management (30 Marks) – the judges looked at health and welfare aspects of the flock, e.g. free of foot-rot, skin conditions, in good condition for the time of year, clean with good fleeces etc.
Flock Improvement (30 Marks) – the judges looked for progression within the flock due to selective breeding, i.e. the improvement in the young stock, ewe lambs and yearlings against the older ewes. They also considered whether the improvement was due to bought -in stock or own bred; for instance, they were pleased to visit one flock where all the ewes had been bred on-farm and were to a consistently high standard.
Stock Ram (10 Marks) – The Stock Rams were judged in terms of their performance as a sire and the quality of their progeny and not looks alone.  These criteria were also used to identify the winning Stock Ram.

It was great to see new flocks such as Foxglove, Kibee, Low Barn, Meadowlands, Sollys & Purlogue, which have joined the society since the last competition in 2013, take prizes home. But a big thank you to all those who competed and finished outside the top 3 in each Flock section.

Following the formation of the Clun Forest Sheep Breeders Society in 1925 the society grew from strength to strength and in 1928 it was the idea of eccentric Baronet Sir Hurbert Stewart-Rankin to hold a national flock competition.  His aim was “to stimulate an interest in a hardy and true type of forest sheep” and he offered prizes valued at 28 guineas which in 2017 would be in excess of £1200.00!  The competition was split into 2 classes:
Class 1 - Confined to hill flocks whose land and house lies at an altitude of not less than 600 feet above sea level., and not more than 300 acres in extent, including hill or moor land.
Class 2 - Open to all other members of the C.F.S.B.S. not eligible to compete in Class 1.

Pictures from the 2013 Flock Competition 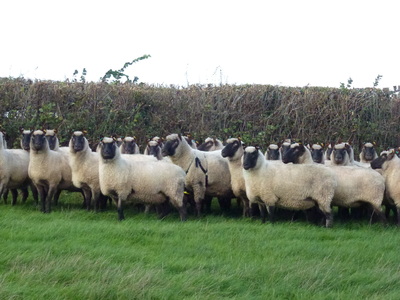 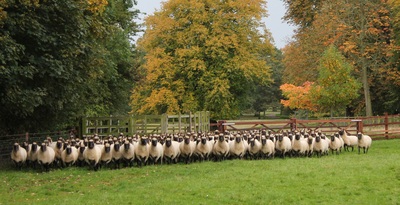 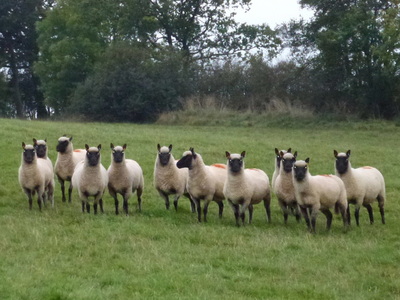 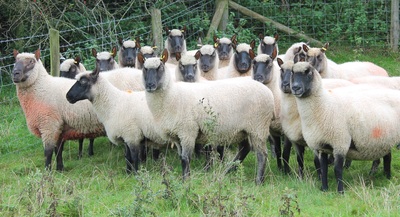 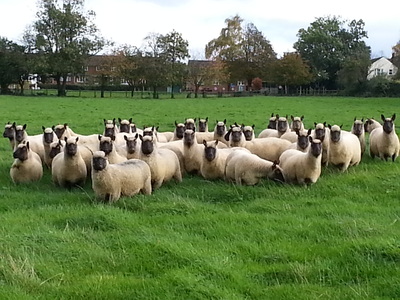 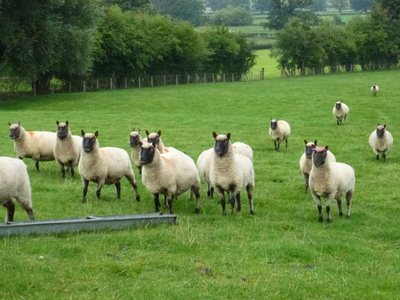 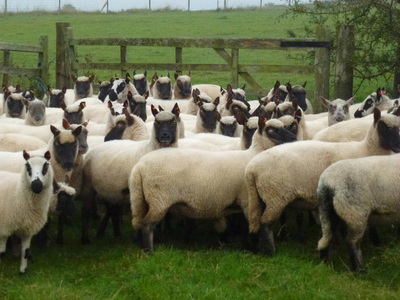 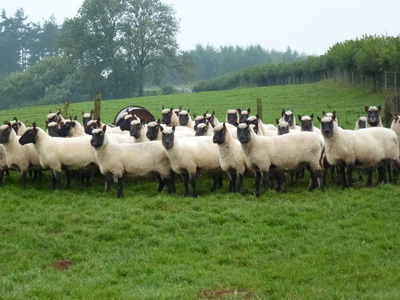 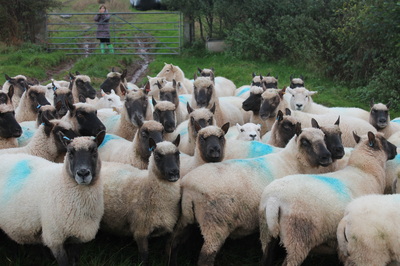 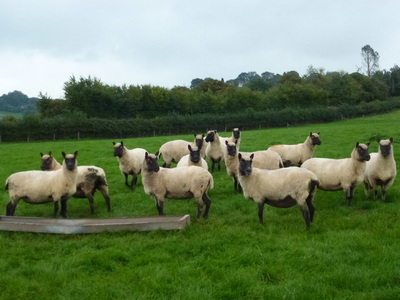 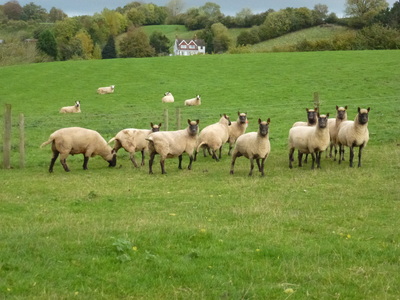 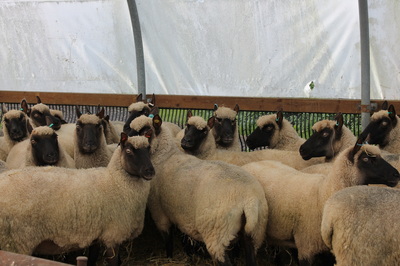 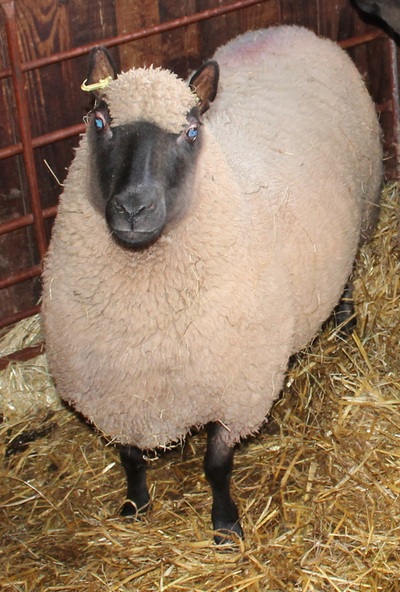 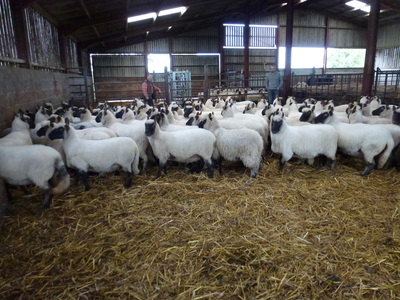 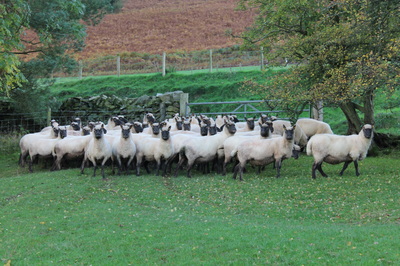 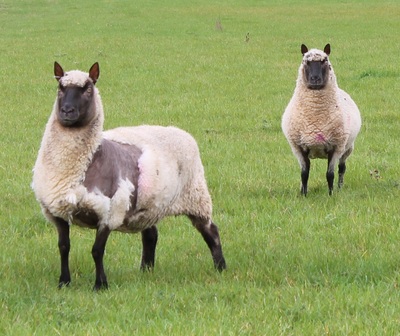 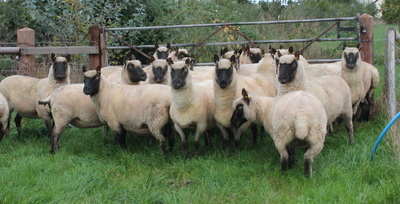